Second Thoughts ~ Give Me of They Rice

Sometimes I will end the day with thoughts that are important to get out.  Usually I just write them and put them in my journal folder.  I have chosen that on occasion I will share them with you, Dear Reader.

He did tell a story that I want to relate here.  It has stuck with me for over fifty years.  First, I want to be clear.  I am in a very difficult time.  I am not going hungry but I have not been able to find work for almost nine months now.  It tempts one to draw in and give less.  His story reminds me that this is not the way to live.

The Story:
There was a certain man in and ancient time and place whose life had been very hard.  He had once been a man of influence and wealth.  Changes in time and tides brought him low.  He is now poor and destitute.  He stands beneath a single palm tree on a lonely desert road in his only ragged clothes sifting through his last bowl of uncooked rice. 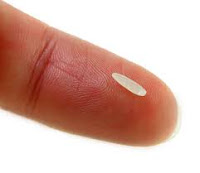 Off in the distance the man sees a caravan moving along the desert road.  Camels carry great stores.  In the midst of the caravan train strides a great elephant with a beautiful divan on it.  He can tell by the flags that the divan carries a wealthy Magus.  Again, the man renews his bitter cry to God questioning why he was so poor and the Magus so rich.

After a time, the caravan approaches the palm tree and it stops.  The wretched man does not even acknowledge the caravan.  He stands beneath the palm tree silently cursing God and the Magus.

The Magus comes down from his comfortable divan approaching the poor man.  The poor man says nothing to the Magus.  He does not even greet him with the respect one man shows another when they meet.  He continues sifting through his rice, cursing the Magus in his mind, and renewing his anger at God for not providing for his needs.

The Magus greets the man and waits patiently for a response.  The man says nothing but sifts his dry rice and glowers at the Magus.  After a second attempt at a polite greeting the Magus instead makes a demand.

The man’s face flushes with anger.  He shakes with rage but says nothing.  He thinks to himself, “What does a wealthy Magus need with my rice?  He should be the one giving to me.”

The Magus extends his open hand near the rice bowl and speaks again.  “Poor man,” he says, ‘Give me of thy rice.”

The poor man glowers with rage but he also fears what the Magus might do to him.  Anger filling his soul, he reaches into the bowl and gives the Magus a single grain of rice.  The Magus smiles, extends his open palm, and again demands, “Poor man, give me of thy rice.”

The rage in the man grew still more but again he places a single grain of rice in the hand of the Magus.  In his mind he is cursing the man and thinking, “This Magus robs me on the road when he has more than he will ever need.”

The Magus smiles again at the man, extends his open palm, and speaks again, “Poor man, give me of thy rice.”

The man fears that his rage will burst his heart.  He gives the Magus a third grain of rice whilst internally cursing the Magus and cursing God for robbing him.  He vows in his mind that this will be the last and waits.

The Magus smiles as he takes the third grain of rice, turns, and walks away. Without another word to the man the Magus rides away in his caravan.  The man watches after him sifting his rice, cursing the Magus, and complaining to God that he has been robbed of what little he has.

He steps out into the sun as he curses after the Magus.  Still sifting his rice and still bitter over his fate he stares at the retreating caravan.  Then, the sun catches on something in his bowl.  It glints and flashes in the brightness of the day.  The man roots it out of the bowl.  It is a grain of gold easily worth a day’s wages.  As he looks he finds a second and then a third grain of gold.  The poor man weeps at what could have been.

During this difficult time, I have seen people who are not wealthy freely give me of their rice without my having to ask.  My heart is so very thankful for the love and generosity of my friends.