The Right to Change ~ Opening Thoughts

My Grandfather grew his tomatoes from seeds.  In early Spring he would set up small pots of earth and put four seeds in each one.  The first two to sprout in each pot were the ones he kept.  He would transfer these to their own planting pots made of compressed peat.  He started out with sixty of them and the thirty strongest would make it to the garden.  Those the made the cut were those that grew the strongest and showed the most change. 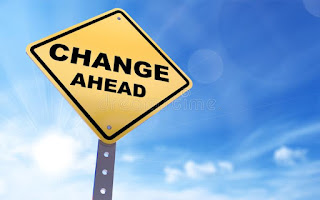 One of his instructions, as he would explain his process, was that you had to patiently allow for change.  You had to watch for growth and changes to see where a plant showed its potential and coax it along to the realization of that potential.  We have all heard the false adage, “people never change.”  This is a lie.  We remember the failures of others and revisit them on their heads the moment that we think they are hoeing the same row again.

I was listening to some talk radio as I drove yesterday and the host was talking about reserving the right to change.  She made it clear that people can and do change when they encounter or grow more deeply engaged with Jesus.  I have seen lives changed and even made richer by an encounter with Christ.  I have seen people who follow him become the full potential of their ability.

We, however, practice denying others the right to change.  We decide what someone is like and put them safely in a box.  We put a lid on the box and occasionally poke holes in it for holidays and birthdays.  We judge others based on past failures and assume that this is all they are.  After years of failure, we refuse to believe that there is potential for redemption.

I intend to ponder this for a bit as we approach the season of love and giving.  Souls, gratitude, and giving require love.  We cannot be honest and deny others the right to change.  I would invite you to walk with me as we determine what we must avoid and include to allow others the right to change.  As always, your thoughts and questions are welcome.