My friend Penny (the best author marketing solution out there) posted a question today that was humorous and enjoyable.  It also struck a more serious chord in me.  Her question was this, “Do authors cry when they kill the best character, or do they smile, laugh, and have a cup of tea with Satan?”

My response was more serious than her meme:
“My editor actually called me at 2 in the morning crying because I killed a character she loved. She was mad at me for weeks. I feel the pain when I kill any character. As Donn said, ‘every man's death diminishes me.’ I think for writers it is even the imaginary ones. Then again, we can resurrect them by writing prequels.” 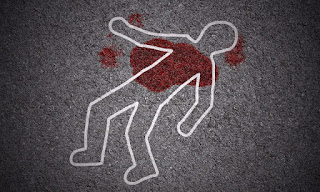 I want to walk through my thoughts on this by letting you get to know one of my characters who appears in four of my novels.  His name is Patrius.  He is a Roman Centurion.  He is also a man who hates where he is stationed, the people he is responsible to control, and Jews in general.

I felt that his character was a bit flat in The Foster Father of God.  At the time I did not realize how important he would become to me.  Keep in mind that this man is a killer.  He likes hurting people and plays a key role in how things unfold for Joseph, Jesus, and the world in which they walk.

That said, I realized that I had to flesh him out a little more in The Praetor and I put him in the midst of the action.  Then I killed him.  I realized that he deserved more.  There is more to his story than had been told.  Even the vilest among us is still a human loved by God and worth the effort of redemption.  There is always a reason why people reject love and grace.  I had to give him more facets and allow him to be who he is.

Then I started writing the prequel that overlaps The Foster Father of God.  He plays a more significant role in Magi: The Gift Bringers (to be published Christmas 2020).  I take the time to show his journey toward who he became.  He does not magically become a better man.  We can, however, better understand him.  We can find enough of him to love him and wish that he had chosen to be a better man.

Every man’s death, even the fictional ones, diminishes me.   To be an honest author I have to have men who are flawed, fallen, and refuse reclamation.  I would rather that real stories included a happy ending for everyone.   I would rather give you an honest story than a magical lie.  So, we must see that killing our secondary and sometimes our main characters are necessary to an honest tale.   After all, the Father killed the most beloved character in the narrative that allows all our stories.  If Jesus does not die, there is no redemption, and all is really lost.  Fortunately, the author and finisher of our faith sees fit to resurrect the main character from the dead.  The rest is hope and opportunity.  It is a tale worth knowing and telling.  We are the sub-creators who get to tell tales that mirror his grand tale.
Wishing you joy in the journey,